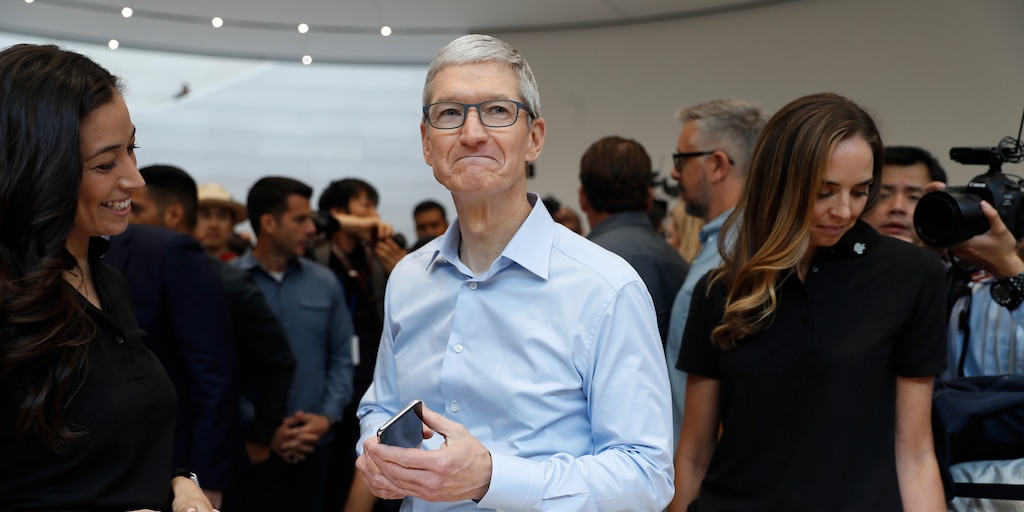 Apple jumped as much as 2.8% Wednesday morning, notching a record high after beating analyst estimates for its fiscal first quarter.

The tech giant beat revenue and earnings estimates when it announced quarterly figures after the close on Tuesday. The holiday quarter saw revenue grow 9% to a record $91.8 billion, fueled by robust iPhone sales and its younger wearables business.

“We’re still gathering lots of data points and monitoring it very closely,” CEO Tim Cook told analysts in a call, adding that the virus has affected some of the company’s supply chain and retail operations in China.

Here are the key numbers:

Second-quarter revenue guidance: $63 billion to $67 billion, versus the $62.33 billion estimate

The Wednesday leap drives the company’s stock to an 11% gain in the year-to-date. The iPhone maker secured a 86% surge through 2019, and JPMorgan analysts warned investors ahead of the Tuesday report to protect against earnings losses in case the figures don’t surpass Wall Street’s lofty expectations.

The Cupertino, California-based company announced its active installed base passed 1.5 billion over the three-month period, up from 1.4 billion a year ago. The growth represents a slowdown from past years, but still demonstrates successful expansion of Apple’s customer base through non-iPhone products.

“During the holiday quarter our active installed base of devices grew in each of our geographic segments and has now reached over 1.5 billion,” Cook said in the report. “We see this as a powerful testament to the satisfaction, engagement and loyalty of our customers – and a great driver of our growth across the board.”

One blemish in the first quarter report came from Apple’s Services business, which posted revenue below analyst estimates. The business is among those Apple is relying on to drive revenue as iPhone sales growth slows, and the company poured cash into its TV+, Apple Card, and iCloud products in recent quarters.

Apple didn’t provide any figures for its new streaming business, but “upbeat” commentary suggests the product could reach a 45% take rate in 2020 and drive more than $4 billion in revenue, Goldman Sachs analysts wrote in a Wednesday morning note.

The latest financial results mark a stark difference from the company’s year-ago report. Apple’s first quarter earnings in 2019 marked the first lack of a quarterly revenue record since the iPhone’s release in 2007. The company cut guidance for the first time in 15 years before the report’s release, citing weak iPhone sales and economic woes in China. 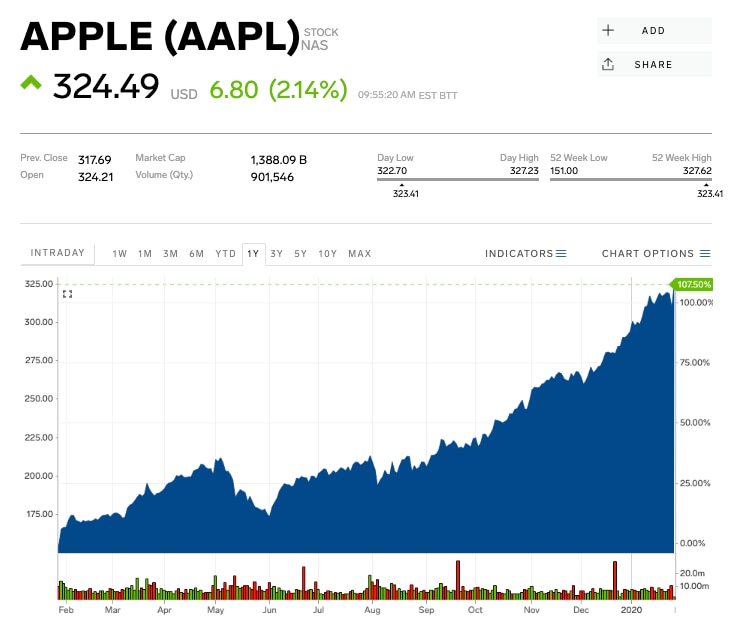