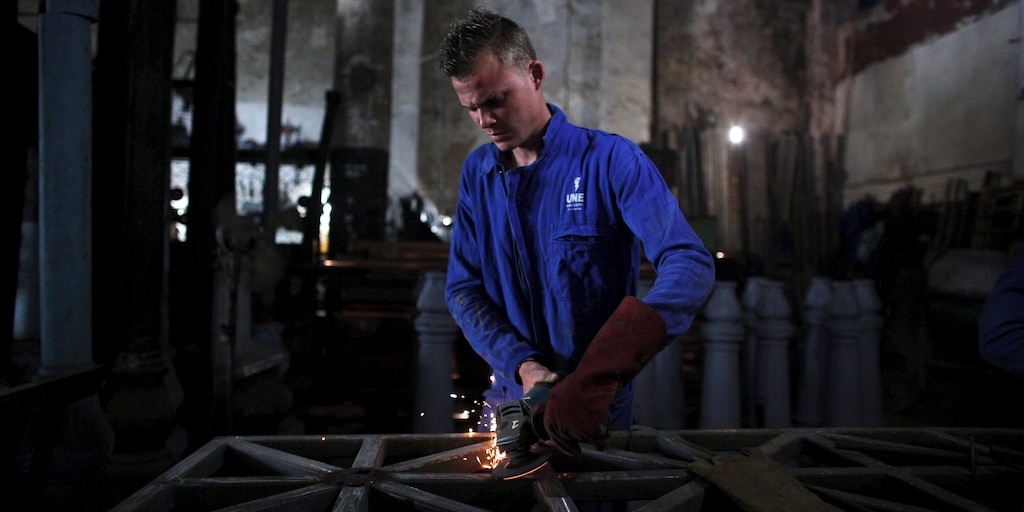 Economic growth continued to moderate at the end of 2019 but maintained a solid enough pace to keep the record-long expansion on track in its eleventh year.

The Commerce Department estimated Thursday that gross domestic product, a broad measure of all the goods and services produced in a nation, rose by 2.1% between October and December. In the previous three months, GDP rose by the same percentage. Economists had expected 2% growth in the fourth quarter.

“That is an unusual degree of consistency for what can be a volatile series, and it is the sort of thing that will please policy-makers,” said Eric Winograd, a senior economist at AllianceBernstein. “2% is strong enough to avoid being too close to recession but not so strong as to suggest overheating.”

The economy expanded 2.3% in 2019, the weakest annual rate since President Donald Trump took office and short of the 3% growth his administration has long promised.

Government spending and tax cuts helped growth top that target for brief periods in 2017 and 2018, but those effects were short lived. Annual GDP growth has consistently registered significantly below 3% throughout the president’s term, undermining a key talking point as he campaigns for re-election in November.

American households continued to fuel economic growth at the end of 2019, but they pulled back on purchases as job gains slowed. Consumer spending, which accounts for more than two-thirds of activity in the economy, fell to 1.8% from 3.2% in the previous quarter.

“Consumer spending has slowed to a more sustainable pace recently,” said Brian Rose, the senior Americas economist at UBS. “We are focusing on signs that business demand for labor is slowing, as this could undermine the outlook for consumer spending.”

Republicans said corporate tax cuts would be a boon for US business investment, but that pocket of the economy continued to weaken in the fourth quarter. Nonresidential fixed investment, a key measure of how much companies spend on capital, sank 1.5%.

As trade tensions escalated in 2019, companies faced higher costs and struggled to make business plans. While the US and China agreed to a partial trade agreement this month, the remaining tariffs on thousands of products are expected to continue to weigh on activity.

“US businesses will continue to face rising labor and import costs, as well as weaker export competitiveness in China,” said Cailin Birch, a global economist at the Economist Intelligence Unit. “Most importantly, US trade policy remains highly uncertain, which will make it difficult for US firms to justify significant investment outlays.”

Friday’s GDP reading is the first of three. A second estimate for the fourth quarter is scheduled to be released February 27, after more data is available.