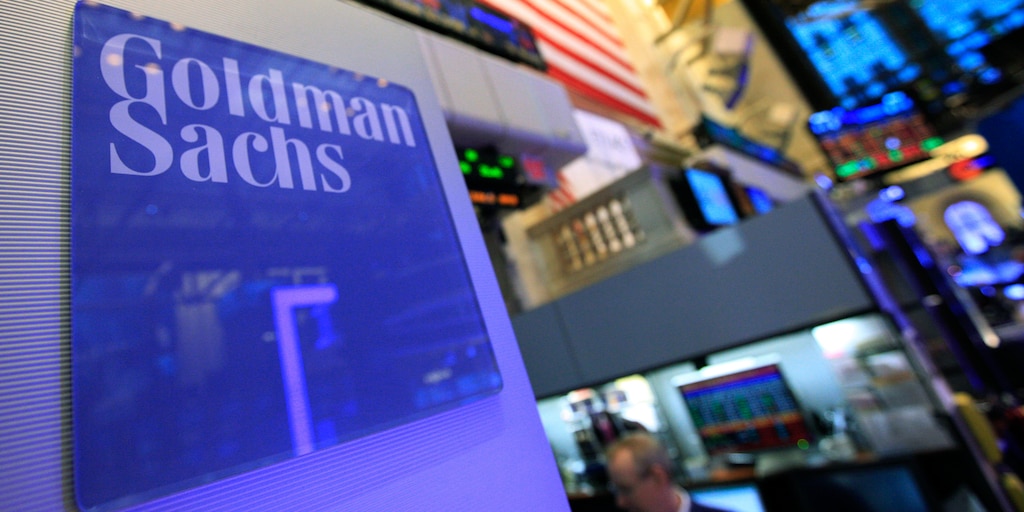 A former Goldman Sachs intern is suing the bank, alleging it condoned a “fraternity culture” that resulted in a traumatic brain injury caused by one of its wealth advisors.

Patrick Blumenthal served as an intern for Goldman Sachs in San Francisco from September 2017 to February 2018, according to a February 7 court filing originally obtained by CourthouseNews.com. He was assigned to work with a group that called itself “Team 007” and was led by wealth advisor Julius Erukhimov. Blumenthal began the internship while a student at Drexel University, and turned 21 years old during it.

The bank “fostered a fraternity culture” complete with derogatory name-calling, member composites, physical altercations, and “rampant” drinking culture, the filing alleges. Blumenthal was pressured to drink within his first week at Goldman despite being underage, and was repeatedly warned early on that he would “take an infinite amount of shit from people.” The filing says Erukhimov called the plaintiff a “pussy” for not drinking enough and even told Blumenthal to take Adderall so he could drink more.

Blumenthal told Michelle Kelly, the employee who hired him, about the treatment and asked to switch teams. But Kelly made no attempt to transfer him, the filing stated.

The incident emphasized in the lawsuit involves one of the bank’s “First Friday” bar events, where Blumenthal was allegedly “forced to drink by his managers.” Erukhimov told the plaintiff he would “teach him how to drink” before punching Blumenthal in his stomach and telling him to punch his manager back, according to the filing.

When Blumenthal declined, Erukhimov allegedly wrestled with the smaller intern and pushed him from the bar to the outdoor patio. There the advisor choked Blumenthal for so long he passed out, urinated on himself, and smashed his head after Erukhimov threw him to the ground, the filing stated.

In an emailed statement, a spokesperson for the bank said Goldman has “tried unsuccessfully to obtain more information” from Blumenthal about his injuries, and is “committed to maintaining a safe and welcoming workplace — the alleged behavior does not reflect our values.”

The statement noted that the incident happened between “two former employees,” adding Erukhimov no longer works at the bank.

The plaintiff’s lawyers allege numerous Goldman employees witnessed the altercation, including senior managers and managing agents. The bank’s statement said Goldman quickly looked into the incident, and that the witnesses didn’t see the event as an intentional act.

“When it came to our attention we investigated immediately and took action, including to ensure the plaintiff was receiving medical care,” Goldman’s spokesperson wrote, adding that the employees witnessing the event “viewed Patrick’s fall as an accident and offered support, including an offer to seek medical assistance.”

When Blumenthal came to, the present employees let Erukhimov take the intern to his own home. At the advisor’s apartment, Erukhimov gave the plaintiff four pain relievers and threatened that, should Blumenthal tell management of the events, a relative would kill him, the filing said.

The advisor had previously boasted about how his cousin and uncle were contract killers for Russian oligarchs and bragged about his personal gun collection, according to the court filing.

Erukhimov had also allegedly told Blumenthal stories of his relatives harming others, including an anecdote where his cousin put a nightclub bouncer “in a vegetative state” after he asked the cousin to not stand on a table. Blumenthal’s advisor allegedly ended the long conversation by saying his cousin was visiting San Francisco in a few weeks.

Two days after the event, the intern was hospitalized and diagnosed with a hemorrhagic stroke, the filing detailed. The altercation at the bar and subsequent conversation at Erukhimov’s house left Blumenthal with “a traumatic brain injury, extreme mental anguish, PTSD, and physical pain,” the plaintiff’s lawyers wrote.

Blumenthal spent a month “terrified to speak” about the event and was unable to return to school or his internship, the filing stated. On March 26, 2018, he emailed Kimberly Vivas, a business unit manager at the bank and defendant in the case, informing her of the event.

Vivas told the plaintiff to contact Aime Hendricks, a human resources employee in Goldman’s New York office. Blumenthal claims he didn’t hear back from Hendricks for nearly a month after emailing her, and when she responded, she informed the former intern “we have taken actions we have deemed appropriate.”

A top State Farm exec reveals why it’s bringing back the iconic tagline ‘like a good neighbor,’ and advertising heavily on NBCUniversal’s upcoming streaming service

Tesla has a new biggest…