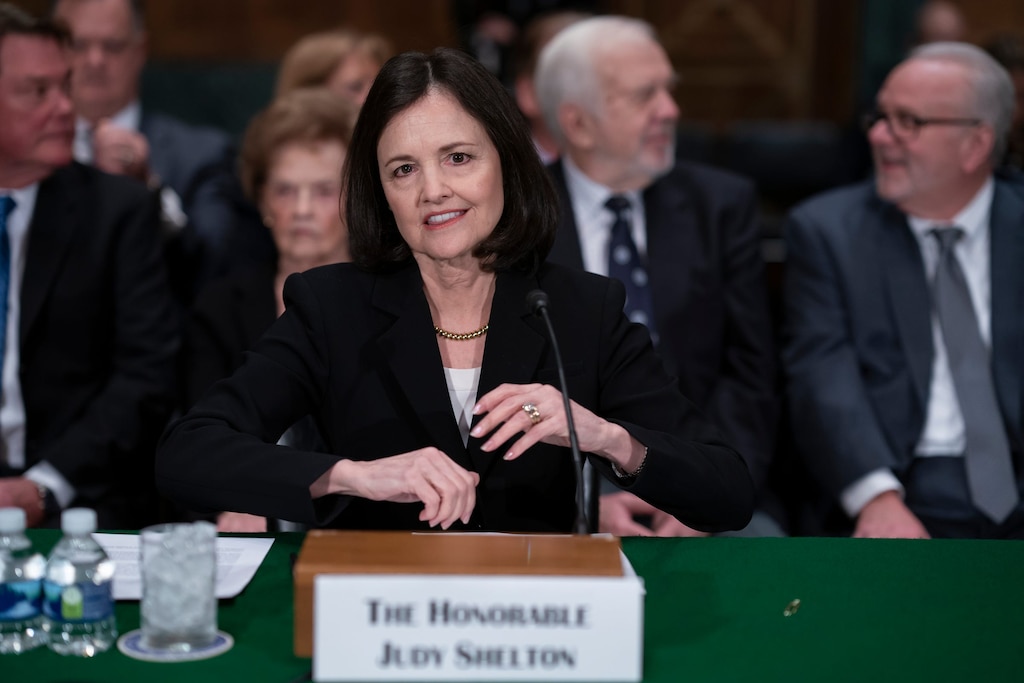 Key Senate Republicans expressed an array of concerns about President Donald Trump’s latest Federal Reserve nominee Judy Shelton at her confirmation hearing on Thursday, raising questions about her path to a powerful position at a central bank she has long criticized.

“I’m troubled by some of your writings and some of the articles,” Senator Richard Shelby, an Alabama Republican and a senior member of the Senate Banking Committee, told Shelton. “Our views should be mainstream.”

Shelton, an informal adviser to the Trump campaign in 2016 and the former US envoy for the European Bank for Reconstruction and Development, has drawn increasing scrutiny from lawmakers since she was officially tapped for the Board of Governors seat in January.

At a contentious hearing, senators from both sides of the aisle probed Shelton’s advocacy of the gold standard,  support for currency devaluation, and resistance to an independent central bank.

Shelton attempted to walk back some of the economic views she has advocated for over a span of decades. But she embraced a broader departure from precedent at the central bank, asserting: “I don’t claim to be in the mainstream of economists.”

Senator Pat Toomey, a Republican from Pennsylvania who said he was undecided on her nomination, appeared particularly unnerved by a past Wall Street Journal op-ed in which Shelton said the US should artificially devalue the dollar if other countries weakened their currencies.

“We don’t get to control other countries’ monetary behavior,” Toomey said. “I think that is a very, very dangerous path to go down. This beggar thy neighbor, mutual currency devaluation is not in our interests.”

At a separate hearing with Fed Chairman Jay Powell a day earlier, several key Republican senators emphasized support for central bank independence. Shelton, a Trump loyalist, has repeatedly suggested the Fed should coordinate with the White House and Congress in policy making.

“Stay independent,” Senator John Kennedy of Louisiana, another Republican member of the banking committee, told Powell. “I think you’re doing a great job. All of us in politics are going to give you advice, but call ’em as you see ’em.”